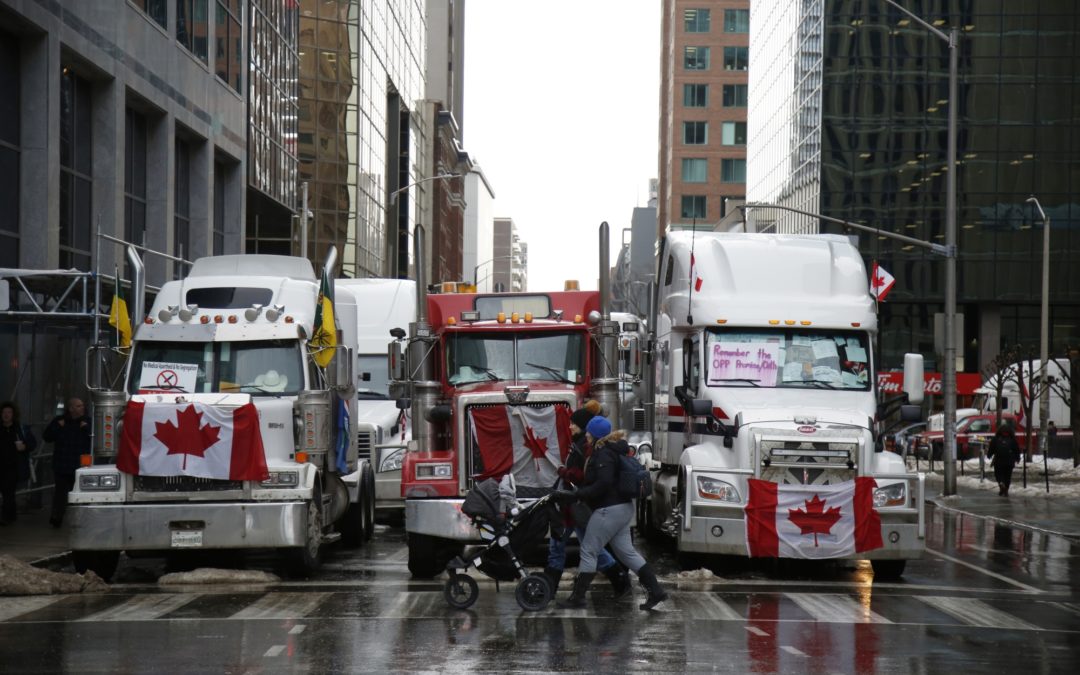 After a year of computer chip shortages, supply chain problems and temporary plant closings, this was about the last thing the auto industry needed. An ongoing blockade by Canadian truckers protesting a COVID-19 vaccine mandate has upended production at auto plants as Ontario’s top transportation official has declared an “economic crisis.”

For nearly two weeks, truck drivers part of the Freedom Convoy have flooded the streets of the Canadian capital of Ottawa and elsewhere in protest of Prime Minister Justin Trudeau’s requirement that truckers get vaccinated or possibly submit to testing or quarantine.

The protest has blocked the Ambassador Bridge that connects Detroit, Michigan, and Windsor, Ontario. The bridge, Canada’s busiest link to the United States, accounts for about 25% of trade between Canada and the United States as it is used to transport vehicles and parts and agricultural products. It is a critical international crossing that each day is used to transport tens of thousands of people and $323 million worth of goods between the countries. It has become yet another supply chain problem for automakers.

Plants on both sides of the border, from the Toronto suburb of Brampton, Ontario to Georgetown, Kentucky some 600 miles away, found their assembly lines slowing or shutting down because they can’t get the parts they need over their common border.

Chrysler-parent Stellantis said the Windsor Assembly Plant had to cut short its first and second shifts over parts shortages caused by the disruptions.

Toyota, which operates three manufacturing facilities in Ontario, expects to have its Canadian plants offline for the remainder of the week. “Due to a number of supply chain, severe weather and COVID related challenges, Toyota continues to face shortages affecting production at our North American plants, including Toyota Motor Manufacturing Canada,” the company said in its statement. “Our teams are working diligently to minimize the impact on production. While the situation is fluid and changes frequently, we do not anticipate any impact to employment at this time.”

General Motors Lansing Delta Township assembly plant canceled its second shift and its first shift on due to plant shortages.

The industry has been dealing with a variety of parts shortages for more than a year, particularly computer chips, but supply chain issues on multiple fronts have caused a crimp in production for virtually all automakers and resulted in widespread albeit temporary auto plant closings as a result.

U.S. customs officials have helped reroute some commercial travel to the Bluewater Bridge that connects Port Huron, Michigan, to Canada.

There is no separate Canadian auto industry. Plants there are all owned and run by global automakers whose North American operations are consolidated with their US and Mexican plants. That has resulted in tight inventories of cars and trucks at dealer showrooms, which in turn translated into record high car prices. 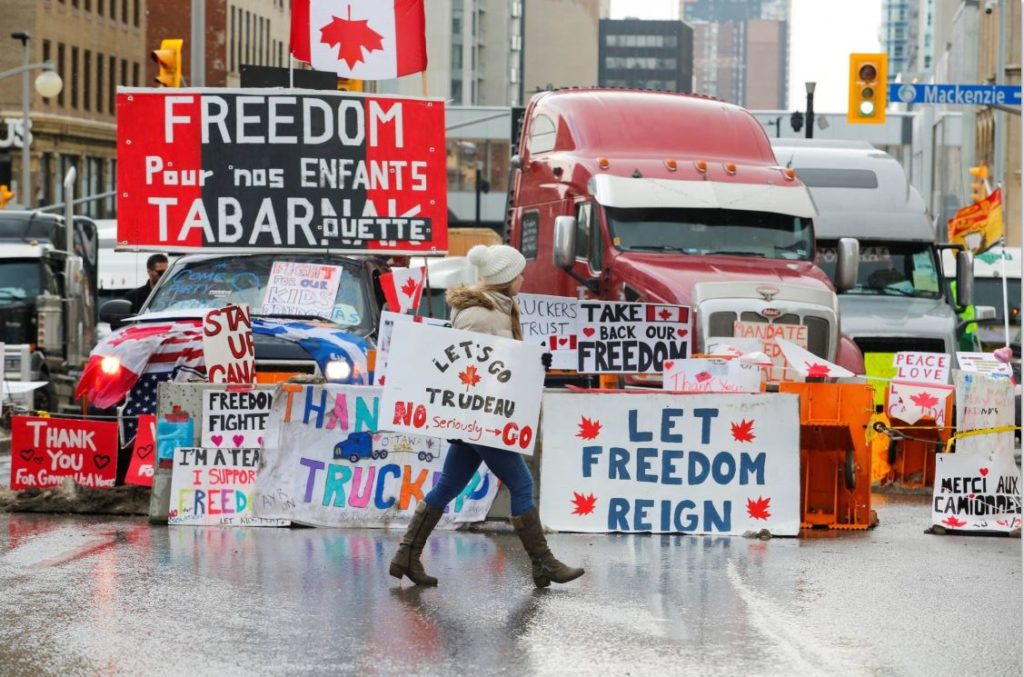