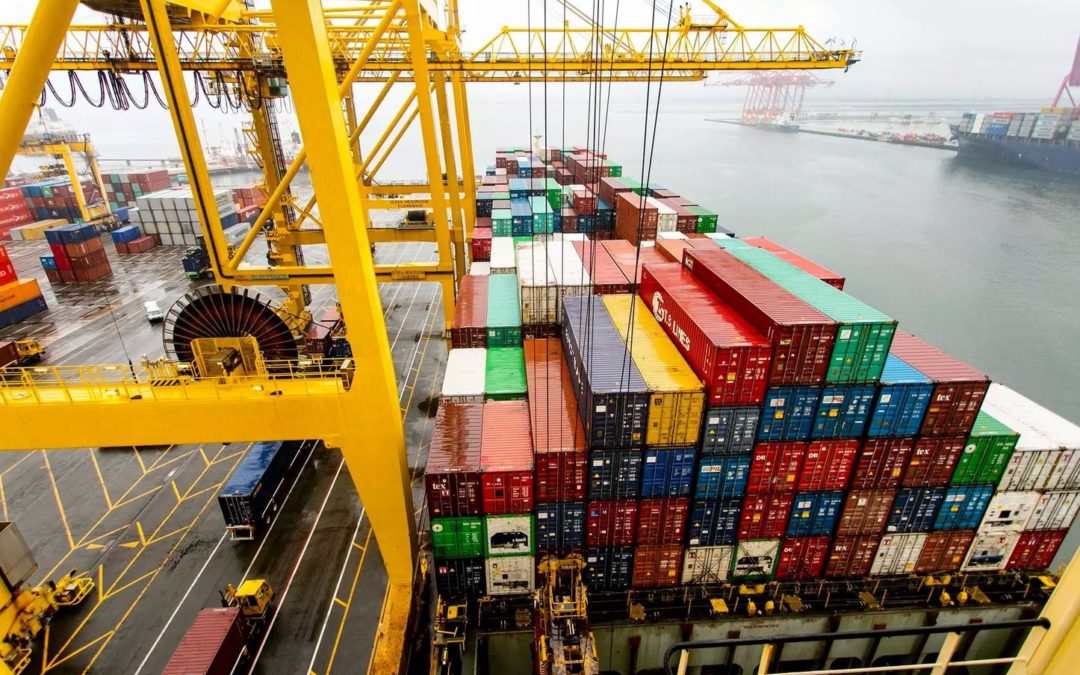 Container shipping rates from China to Southeast Asia are surging due to a shortage of transportation space in the Asian region, the result of an uneven distribution of containers to meet surging shipping demand from Asia to Europe and the U.S.

Container shipping rates, including those for Europe and the U.S., are likely to remain at high levels, as it will take some time before the shortage is resolved.

As of mid-November, the cost to ship a 20-foot container from Shanghai to Singapore was around $802, up 370% from $170 a month ago, according to data released by the Shanghai Shipping Exchange. 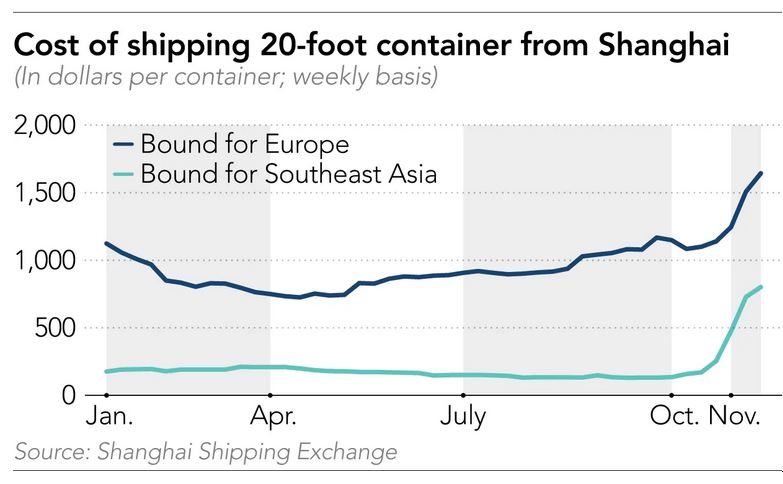 Singapore is a trading hub for Europe, the Middle East and East Asia, and operators reship their cargo from China and Southeast Asia to the rest of the world there. As a hub, Singapore’s shipping demand is growing, as shipments for Europe and the U.S. are increasing.

According to data compiled by U.S.-based trade database provider Descartes Datamyne, marine container shipments from Asia to the U.S. in October hit record highs, up 23.3% from the same period last year. The cost to ship a 40-foot container from Shanghai to the U.S. has also remained at an all-time high of $3,913 since July.

As sales of products are rising, “it seems that retailers are building up their inventories to brace for a resurgence of COVID-19 cases,” said Takuma Matsuda, professor at Takushoku University in Tokyo.

A surge in shipments to the U.S. has resulted in containership congestion in the U.S. gulf region, resulting in delays in unloading. There is not enough transportation space from Shanghai to Southeast Asia as container vessels and air containers have been unable to return to Asia.

Usually, container traffic volume tends to rise from August to October ahead of the year-end shopping season in the U.S. and level off after that. But this year traffic volume has remained at a high level in November. 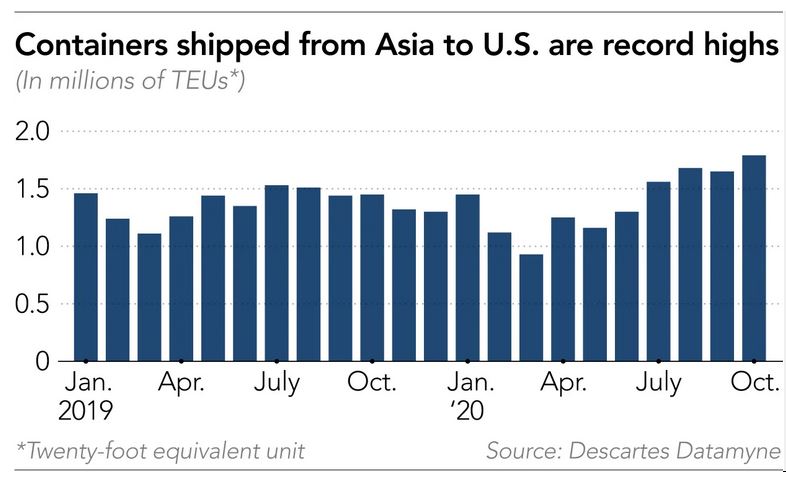 The cost to ship a 20-foot container from China to Europe also jumped 49.5% in a month to $1,644. Container shipping rates remain at record highs in all routes, but “many cargo owners want to ship their goods even at a premium on regular spot rates,” said a representative of a containership operator. Active container demand in the U.S. is having implications for global container shipping costs.