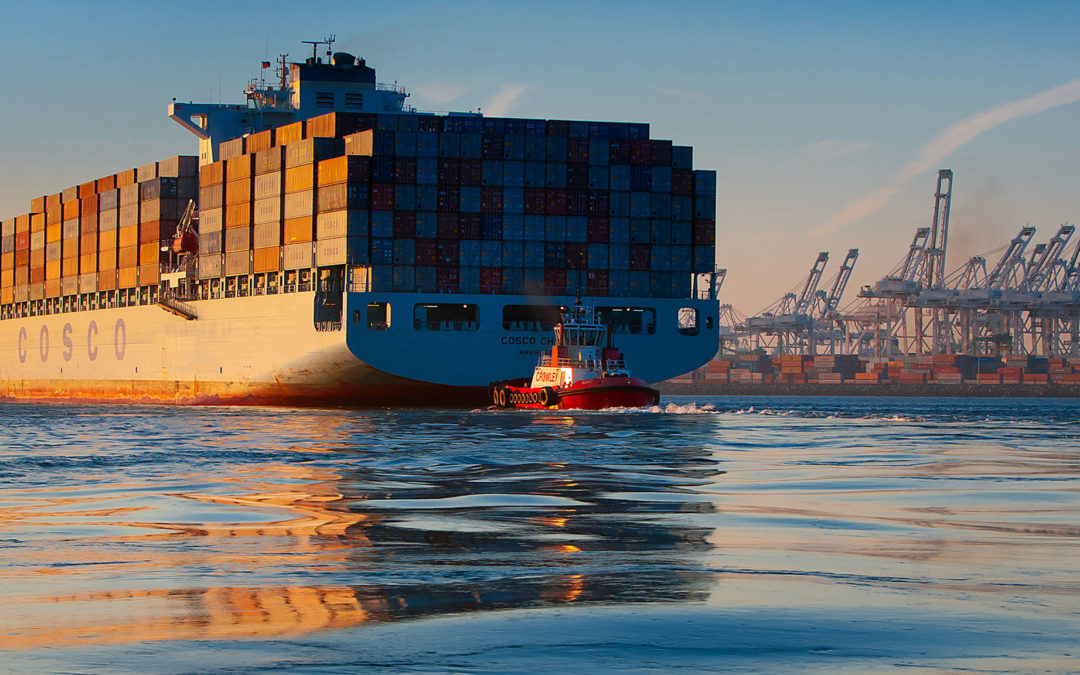 You need your ocean cargo ASAP. You know which container ship it’s on. What’s the chance that your ship arrives at the port on schedule? For the answer, flip a coin. Heads: The ship will dock on time. Tails: It’ll be late — possibly very late.

A trade bottleneck born of the COVID-19 outbreak has U.S. businesses anxiously awaiting goods from Asia — while off the coast of California, dozens of container ships sit anchored, unable to unload their cargo.

The pandemic has wreaked havoc with the supply chain since early 2020, when it forced the closure of factories throughout China. The seeds of the current problems were sown last March, when Americans stayed home and dramatically changed their buying habits — instead of clothes, they bought electronics, fitness equipment and home improvement products. U.S. companies responded by flooding reopened Asian factories with orders, leading to a chain reaction of congestion and snags at ports and freight hubs across the country as the goods began arriving.

Because there’s so much competition for containers, the cost of importing is climbing. The bottleneck at ports has added costs to maritime shipping that make airfreight, which is normally significantly more costly, look like a relative bargain, especially when factoring in the time saved. Prices on air shipping have also dropped dramatically in recent months.

The price of a 250-kilogram air shipment traveling from China to the U.S. has dropped from about 60% of the cost of a full container to around 36%. 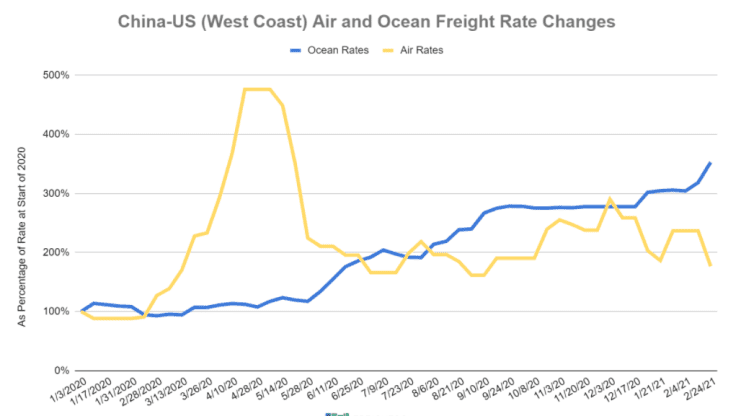 Main Street businesses are now forced to wait months instead of the usual weeks for a delivery from China, and no one knows when the situation will be resolved. Owners do a lot of explaining to customers, order more inventory than usual and lower their expectations for when their shipments will arrive.

The cluster of ships offshore are perhaps the most dramatic symptom of an overwhelmed supply chain. As production surged in Asia, more ships began arriving in the fall at ports in Los Angeles, Long Beach and other West Coast cities than the gateways could handle. Ships holding as many as 14,000 containers have sat offshore, some of them for over a week. At times there have been as many as 40 ships waiting; normally, there’s no more than a handful, according to the Marine Exchange of Southern California, a service that monitors port traffic and operations.

Shipping by ocean took 20 to 30 days before the pandemic. Now it’s about 60 to 75 days while airfreight takes three to five days. The lack of reliability has stretched the functionality of logistics and supply chains to their limits. Twenty two container vessels are currently at anchor outside the ports of Los Angeles and Long Beach as of Tuesday March 23rd, 2021, according to MarineTraffic data. More container ships are expected to arrive in Los Angeles by the end of March. 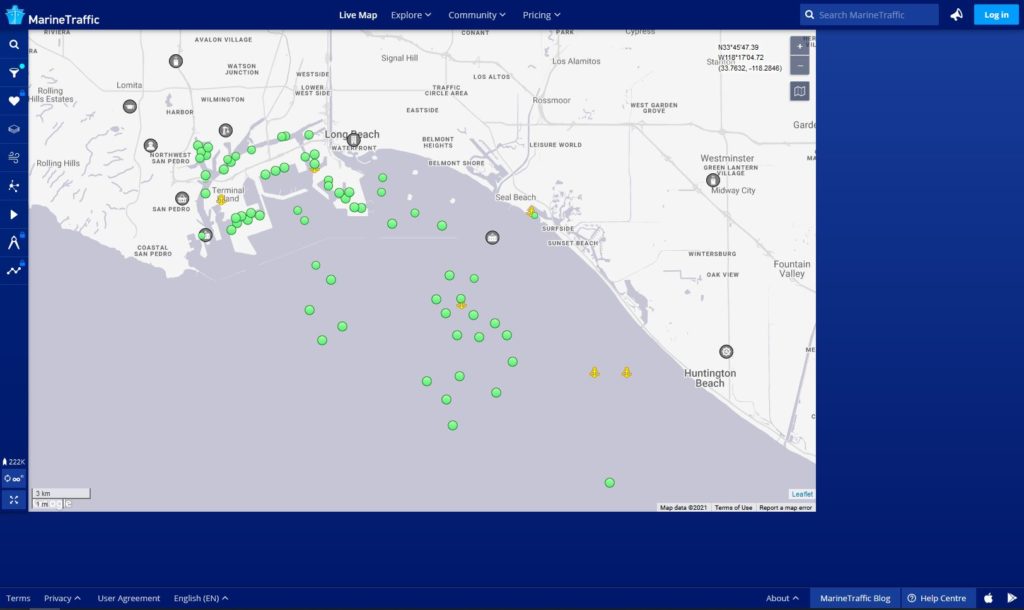 No one knows how long the upheaval will last, though some experts assume containers will remain scarce through the end of the year, as the factories that make them — nearly all of them in China — scramble to catch up with demand.

Since they were first deployed in 1956, containers have revolutionized trade by allowing goods to be packed into standard size receptacles and hoisted by cranes onto rail cars and trucks — effectively shrinking the globe.

Containers are how flat panel displays made in South Korea are moved to plants in China that assemble smartphones and laptops, and how those finished devices are shipped across the Pacific to the United States.

Any hitch means delay and extra cost for someone. The pandemic has disrupted every part of the journey.