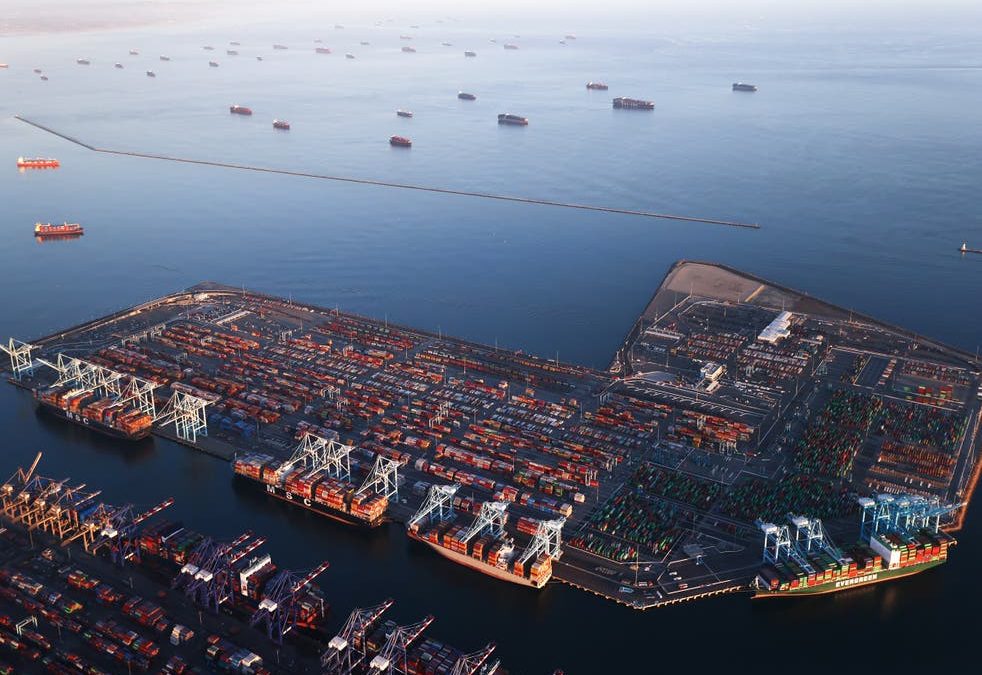 The global supply chain is slowing down at the very moment when Americans are demanding that it go into overdrive.

A historic backlog of cargo ships in Southern California has left the supply chain and shipping industry in a crisis, Mario Cordero, the executive director of the Port of Long Beach, warned. Cordero, who oversees one of the busiest ports in the country, advised people to start holiday shopping as soon as possible due to the disruptions in the supply chain. The port will move about 20 million containers this year, more than ever before.

The Long Beach & Los Angeles ports maintain unprecedented levels of congestion. Last week, the ports housed 144 ships — including over 70 container ships waiting off the shore at anchor or in drift areas, according to data from the Marine Exchange of Southern California. Before the pandemic, the ports typically saw an average of zero to one ship waiting to dock, but now the ships wait weeks to unload.

The cargo on the ships currently at anchor in the California ports — which handle nearly half of all US imports — will likely not be seen until the end of October or November.

The coronavirus pandemic has snarled global supply chains in several ways. Pandemic checks sent hundreds of billions of dollars to cabin-fevered Americans during a fallow period in the service sector. A lot of that cash has flowed to hard goods, especially home goods such as furniture and home-improvement materials. Many of these materials have to be imported from or travel through East Asia. But that region is dealing with the Delta variant, which has been considerably more deadly than previous iterations of the virus. Delta has caused several shutdowns at semiconductor factories across Asia just as demand for cars and electronics has started to pick up. As a result, these stops along the supply chain are slowing down at the very moment when Americans are demanding that they work in overdrive.

The most dramatic expression of this snarl is the purgatory of loaded cargo containers stacked on ships bobbing off the coast of Los Angeles and Long Beach. Just as a normal traffic jam consists of too many drivers trying to use too few lanes, the traffic jam at California ports has been exacerbated by extravagant consumer demand slamming into a shortage of trucks, truckers, and port workers. Because ships can’t be unloaded, not enough empty containers are in transit to carry all of the stuff that consumers are trying to buy. So the world is getting a lesson in Econ 101: High demand plus limited supply equals prices spiraling to the moon. Before the pandemic, reserving a container that holds roughly 35,000 books cost $2,500. Now it costs $25,000.

In short, supply chains depend on containers, ports, railroads, warehouses, and trucks. Every stage of this international assembly line is breaking down in its own unique way. When the global supply chain works, it’s like a beautifully invisible system of dominoes clicking forward. Today’s omnishambles is a reminder that dominoes can fall backwards too.

For decades, many U.S. companies moved manufacturing overseas, taking advantage of cheaper labor and cheaper materials across the oceans. In normal times, America benefits from global trade, and the price of offshoring is borne by the unlucky few in deindustrialized regions. But the pandemic and the supply-chain breakdowns are a reminder that the decline of manufacturing can be felt more broadly during a crisis when we run out of, well, damn near everything. That’s why Joe Biden’s Build Back Better plan includes billions of dollars to reshore manufacturing, invest in basic research, and beef up domestic supply chains.