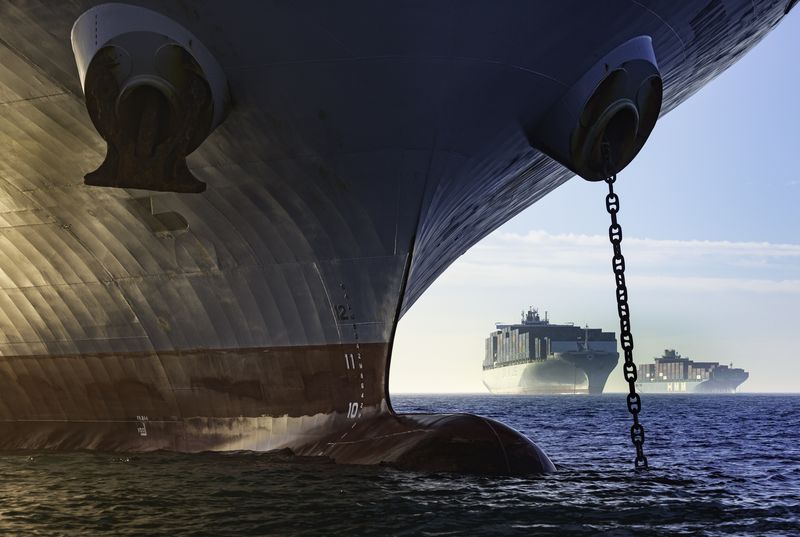 Ocean shipping rates are expected to stay elevated well into 2022, setting up another year of booming profits for global cargo carriers – and leaving smaller companies and their customers paying more for just about everything. The spot rate for a 40-foot container to the U.S. from Asia topped $20,000 last year, up from less than $2,000 a few years ago. In addition to tight container capacity and port congestion mean that longer term rates set in contracts between carriers and shippers are running an estimated 200% higher than a year ago, signaling elevated prices for the foreseeable future.

The arrival of omicron has provided a timely reminder of the unpredictability of the pandemic. The emergence of new variants during 2022 could accentuate some of the current pressures. In this context, China’s continuing zero-COVID strategy with its tight border restrictions could create problems.

Worker shortages caused by the omicron coronavirus variant and haggling over a new dockworkers contract are likely to aggravate costly supply chain jams over the next several months, clouding prospects for quick relief from the highest inflation in four decades.

Freight is taking longer than ever to cross the Pacific, with goods requiring an average of 113 days to travel from Chinese factory gates to American hands, according to data from Flexport, a freight forwarder. On Friday, the floating traffic jam of container ships waiting to enter the Ports of Los Angeles and Long Beach numbered a near-record 106 vessels, according to the Marine Exchange of Southern California, a nonprofit maritime group. 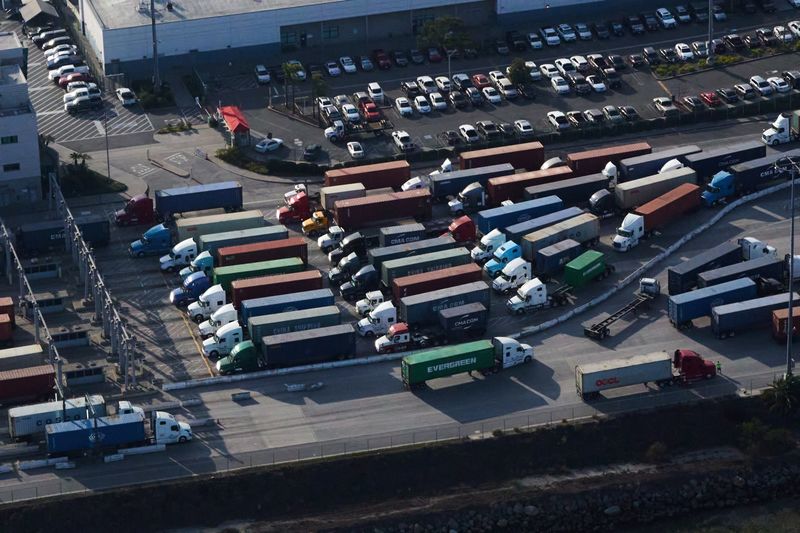 The fast-spreading variant already is hollowing out staffs at U.S. factories and warehouses. Logistics experts worry that the omicron variant could hit every link in the global supply chain. Bank of America estimates that about 4.2 million U.S. workers with jobs that cannot be done from home — everyone from waiters to forklift drivers — will need to quarantine as omicron peaks. The big worry is that the virus could thin port crews in China as authorities try to maintain their hard zero-covid line in the face of the fiercely infectious variant. JPMorgan Chase economists warned that new lockdowns could mean Asian manufacturing bottlenecks.

Amid signs that omicron may be peaking in New York and D.C., shippers anticipate that any disruption from the variant will prove short-lived. But another threat looms in the spring. In about two months, negotiators for the cargo carriers and the International Longshore and Warehouse Union are expected to begin talks aimed at a new contract. Shippers fear a repeat of the work slowdowns and employer retaliation that snarled West Coast ports for several months during the 2014-2015 round of talks and ultimately required federal mediation. The upcoming negotiations are expected to turn on employer demands for further port automation to keep pace with the most efficient European and Asian facilities — demands the union is likely to resist, for fear of losing jobs.

Maersk, one of the biggest global shipping companies, this past week issued a customer advisory saying if the situation deteriorated it would consider sailing more slowly to avoid creating a seaborne traffic jam, opening alternative container storage sites or “moving more cargo via alternative modes.”

Meanwhile, the backbone of the postwar march toward globalization is coming through the pandemic in the strongest position in its history. Ocean freight carriers pulled in estimated profits of $150 billion in 2021 – a nine-fold jump after a decade of difficulty eking out any gains.

The extended windfall has touched a raw nerve across the political spectrum as economists warn that persistently high transportation prices are stoking inflation and clouding the recovery. High costs for freight that used to fan only temporary spells of inflation upticks are becoming longer-term features of economies in the U.S. and elsewhere.

The roaring demand severely disrupted supply chains. Major ports in the U.S. couldn’t process imports fast enough, trucking companies fell short on drivers, and warehouses ran out of space. Fully loaded ships idled off California beaches for weeks because of port congestion. Suddenly, an industry that had plied the seas largely unnoticed by the general public had become a highly conspicuous target.

Regardless of who’s to blame, customers are anguishing over the situation. Smaller importers and exporters have seen their cargo getting “rolled” – bumped like passengers from an oversold flight – and sometimes canceled outright despite contractual obligations with carriers.