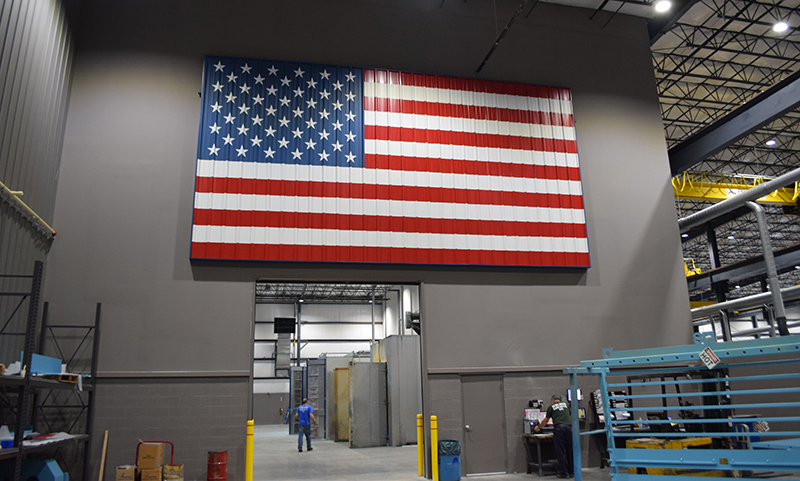 The Covid-19 pandemic has laid bare the vulnerabilities in America’s domestic manufacturing base. The nation’s reliance on globally fragmented supply chains has led to shortages of everything from personal protective equipment to semiconductors to shipping containers. And these supply weaknesses have been a primary driver of elevated price increases.

US firms created 349,000 new manufacturing jobs in 2021 — the most in nearly 30 years. Businesses have committed nearly $80 billion in domestic semiconductor investments, alongside tens of billions in new investments — from new solar panel factories to advanced battery plants. With planned investments like these, our economy is positioned to sustain robust growth in our domestic manufacturing sector into the years ahead.

Bringing manufacturing back from overseas — a move often called onshoring or reshoring — has found its moment. Some corporate giants are keen on testing that premise, if not for finished goods then certainly for essential parts.

General Motors disclosed in December that it was considering spending upward of $4 billion to expand electric vehicle and battery production in Michigan. Just days later, Toyota announced plans for a $1.3 billion battery plant in North Carolina that will employ 1,750 people.

In October, Micron Technology said it planned to invest more than $150 billion in memory chip manufacturing and research and development over the next decade, with a portion of that to be spent in the United States. And in November, the South Korean giant Samsung said it would build a $17 billion semiconductor plant in Texas, its largest U.S. investment to date.

These announcements were more than just good news on jobs and supply. They marked a significant milestone in our nation’s economic and industrial renewal. This comeback is long overdue. Sixty years ago, federal investments in basic research and deployment enabled new semiconductor technology to reach commercial viability. After this public-private effort invented the technology, the US private sector led in manufacturing, producing nearly 40% of global production into the early 1990s.

Bringing manufacturing back to the United States was a major theme of former President Donald J. Trump, who imposed tariffs on imports from allies and rivals, started a trade war with China and blocked or reworked trade agreements. Still, there was little change in the balance of trade or the inclination of companies operating in China to redirect investment to the United States.

Decades of dependence on Asian factories, especially in China, has been upended by delays and surging freight rates — when shipping capacity can be found at all. Backups at overwhelmed ports and the challenges of obtaining components as well as finished products in a timely way have persuaded companies to think about locating production capacity closer to buyers.

New corporate commitments to sustainability are also playing a role, with the opportunity to reduce pollution and fossil fuel consumption in transportation across oceans emerging as a selling point. Repositioning the supply chain isn’t just an American phenomenon, however. Experts say the trend is also encouraging manufacturing in northern Mexico, a short hop to the United States by truck. Called near-shoring, the move to Mexico is paralleled in Europe with factories opening in Eastern Europe to serve Western European markets like France and Germany.

For items like shoes or furniture or holiday lights, for example, “the economics are daunting,” said Willy C. Shih, a professor at Harvard Business School. “It’s hard to beat wages of $2.50 an hour.” Although trade tensions and shipping delays are making headlines, Professor Shih added, China retains huge advantages, like a mammoth work force, easy access to raw materials and low-cost factories. “For a lot of what American consumers buy, there aren’t a lot of good alternatives,” he added.

But as the moves by auto and tech companies show, the United States can attract more sophisticated manufacturing. That has been a goal shared by Republican and Democratic administrations, including President Biden’s, which supports $52 billion in subsidies for domestic chip manufacturing.