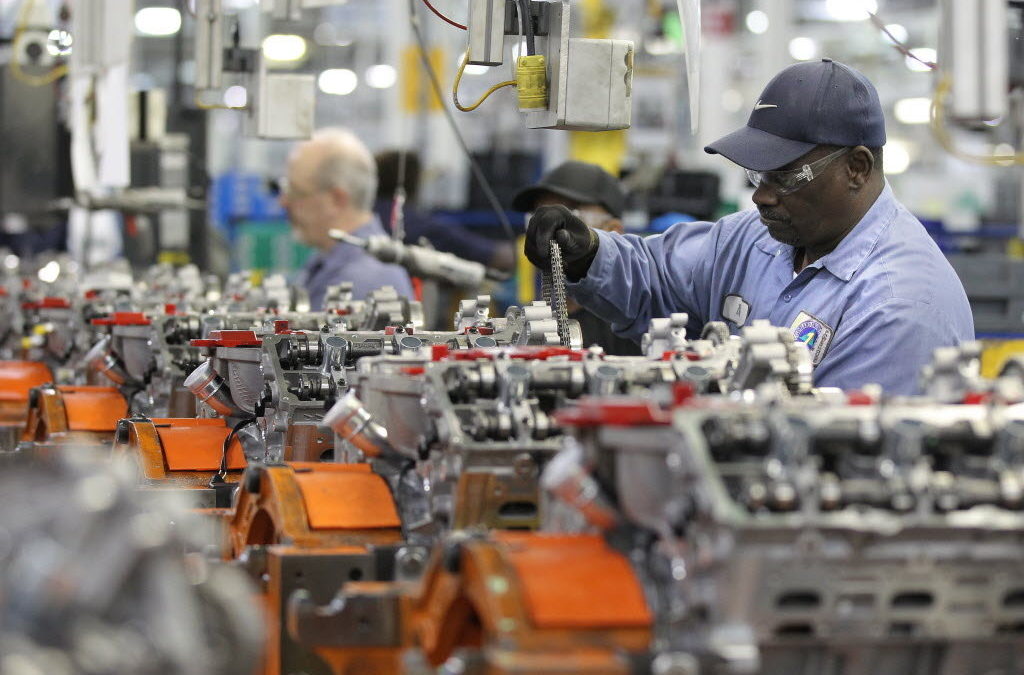 A measure of U.S. manufacturing activity soared to its highest level in more than 37 years in March, driven by strong growth in new orders, the clearest sign yet that a much anticipated economic boom was probably underway. The Institute for Supply Management (ISM) said its index of national factory activity jumped to a reading of 64.7 last month from 60.8 in February. That was the highest level since December 1983. Here is the table of PMI components: 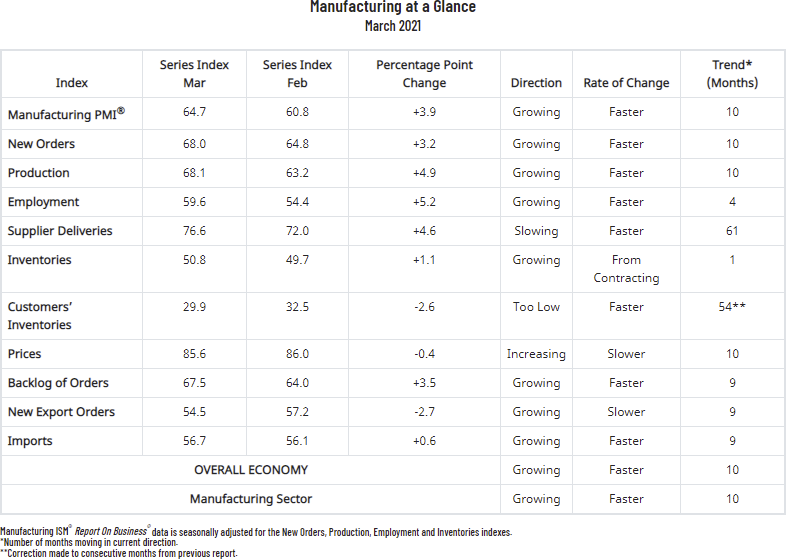 A reading above 50 indicates expansion in manufacturing, which accounts for 11.9% of the U.S. economy. Economists polled by Reuters had forecast the index rising to 61.3 in March. The year-long Covid-19 pandemic has boosted demand for goods. Economic growth is expected take off this year, juiced up by the White House’s massive $1.9 trillion pandemic relief package and the reopening of nonessential businesses as more Americans are vaccinated against the coronavirus. The relief package passed last month is sending additional $1,400 checks to qualified households and extending the government safety net for the unemployed through Sept. 6. Households have also accumulated about $19 trillion in excess savings, which are expected to fuel pent-up demand.

President Joe Biden on Wednesday unveiled a plan to spend roughly $2 trillion on infrastructure like roads and bridges over 10 years. First-quarter gross domestic product estimates are as high as a 10.0% annualized rate. The economy grew at a 4.3% pace in the fourth quarter. Growth this year could top 7%, which would be the fastest since 1984. The economy contracted 3.5% in 2020, the worst performance in 74 years.

The chart below shows the Manufacturing Composite series, which stretches back to 1948. The eleven recessions during this time frame are indicated along with the index value the month before the recession starts: 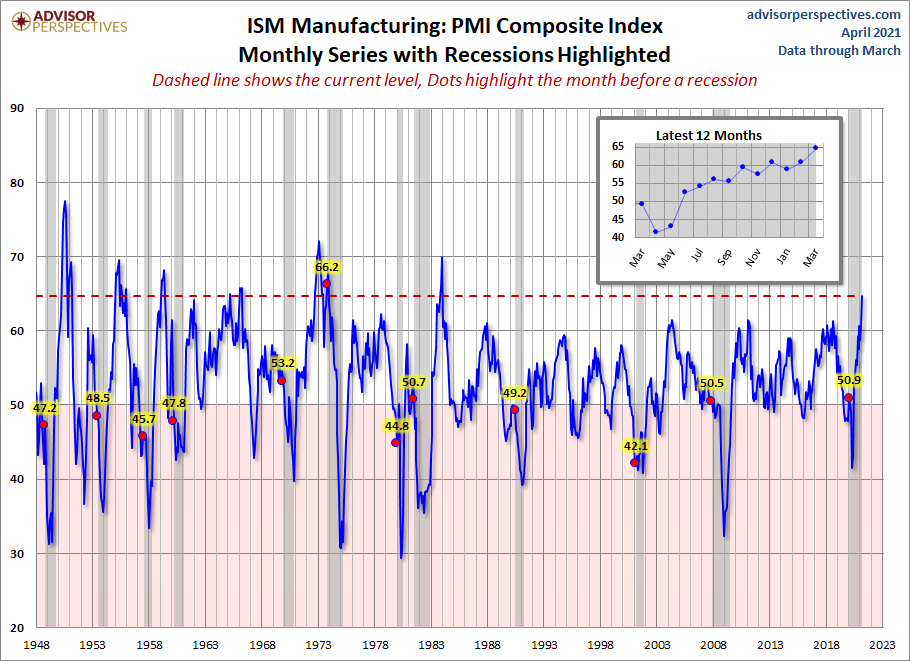 But the massive fiscal stimulus could leave the economy pushing against domestic capacity constraints and fan inflation. Suppliers are already struggling to deliver materials to manufacturers, pushing up production costs. That has been most evident in the automobile industry, where a global semiconductor chip shortage has forced cuts in production.
The ISM survey’s measure of prices paid by manufacturers last month hovered near its highest since July 2008.

Its forward-looking new orders sub-index jumped to 68.0 in March. That was the highest reading since January 2004 and was up from 64.8 in February. Factories also received more export orders, while order backlogs swelled.

There is room for further expansion, with inventories at manufacturers and their clients still lean. With demand robust, factories hired more workers in March. The survey’s manufacturing employment gauge shot up to 59.6, the highest reading since February 2018, from 54.4 in February. Here is a closer look at the series beginning at the turn of the century: 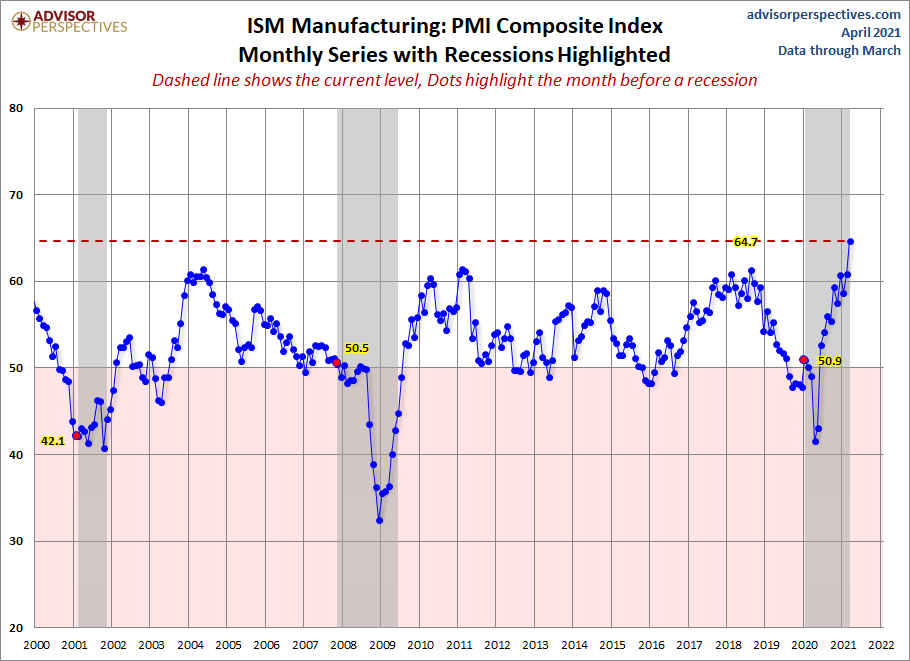