A growing list of shortages is wreaking havoc on global supply chains. From computer chips and lumber to aluminum and shipping containers, shortages are delaying deliveries and raising costs.

Shipping containers are the lifeblood of world trade: Virtually every product and part that circulates through the global economy travels across the seas, railroads, and highways ensconced in their corrugated metal embrace. But lately, those all-important containers are in short supply in the places where they’re needed most.

Global shipping has been facing erratic consumer demand, factory shutdown, and pandemic restrictions that have hampered port operations for months. As an outcome, empty containers are scarce where they are needed. The shortage of shipping containers is yet another symptom of the havoc the pandemic has wrought on international supply chains. As a result, freight costs are rising, which in turn leads to higher prices for consumer goods.

Shipping container costs continue to rise and incentives to “dead-head” empty containers to Asia for quicker turnaround are at the root of these concerns. 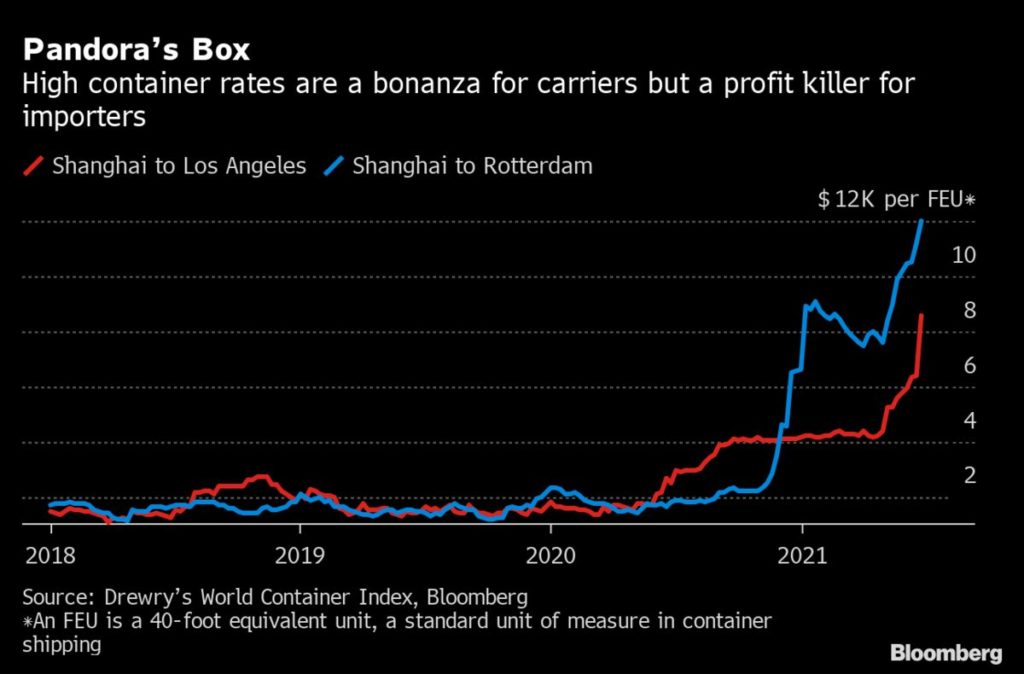 Why is there a shortage of shipping containers?

The problem isn’t that there aren’t enough shipping containers in the world; it’s that the containers are in the wrong spots. The pandemic is the main cause of their disarray. When the initial outbreak of Covid-19 forced China and many of its neighbors into national lockdowns at the end of 2019, the region’s massive manufacturing sector shut down. Cargo ships that were already en-route out of Asia dropped off hundreds of thousands of containers full of goods in ports across the Americas—but because of pandemic restrictions, they couldn’t load those containers back up with new products to send back to Asia. Instead, the containers piled up in ports and inland rail depots.

By the end of 2020, trade came roaring back. Unable to spend their money on in-person services, consumers dumped their disposable income into buying manufactured goods. Global supply chains sputtered back to life. But now overwhelmed ports—like California’s massive Los Angeles/Long Beach port—struggled to load and unload containers fast enough to keep up with the crush of ships waiting just offshore. Many ships, already running behind schedule because of congestion at the ports, decided to leave their empty containers behind rather than wait days to load them back onboard. As containers continued to pile up at major import centers, their supply dwindled at major export hubs.

Ships awaiting offloading are anchored outside ports from Singapore to Savannah, Georgia, and major European commercial hubs such as Hamburg, Liverpool, and Rotterdam are all experiencing congestion and delays. Hundreds of ships are backed up around Yantian, and one estimate indicates that a huge number of 20-foot containers have been brought to a halt.

To make matters worse, in March a 20,000-container cargo ship called the Ever Given lodged itself sideways in the Suez Canal. The six-day blockage further gummed up the circulation of containers and exacerbated the shortage.

It seems unlikely that the industry will be able to end the shortage by simply making more containers.

Three Chinese companies — CIMC, DFIC and CXIC — produce around 80% of the world’s containers. Production is up sharply, with estimates for 6%-8% growth in container capacity this year. But even so, boxes aren’t being built fast enough to ease the capacity crunch.

Relief from container scarcity is not just about production. Many containers have been held up in port congestion and by issues such as the Ever Given accident in the Suez Canal. When such logjams clear, more containers will become available.

This limited access to available containers is also driving up the buying price of new containers, since manufacturers know demand is such that they can charge at a premium. Chinese container manufacturers, who dominate the market, now charge around $2,500 for a new container, up from $1,600 last year. Likewise, container leasing rates have rocketed, up by around 50% in the space of just six months. 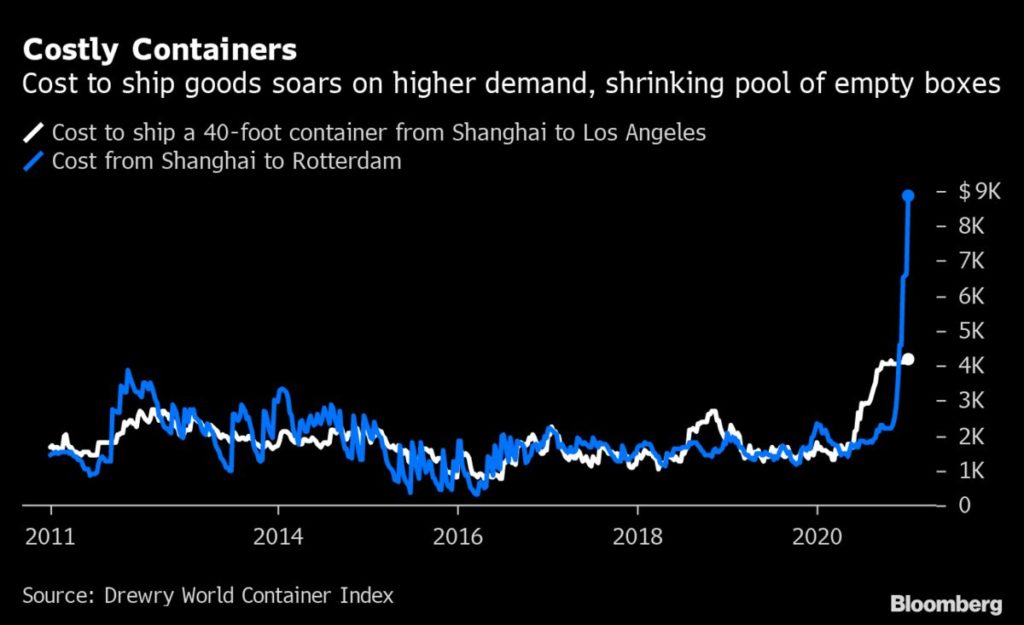